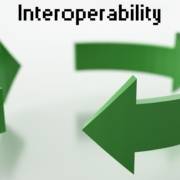 Our last interview has generated a great debate on the networks and, of course, we love it. Our objective, as you know, is to be precisely a forum for opinions (always from respect and diversity of points of view). Those who know the most about document management, our dear experts have debated on this occasion about the remains that await the sector soon.

The expert Pilar Campos ‏ agreed with Requejo, although she opined that “it is not a challenge that awaits us, but rather a challenge that began years ago.” Given this, Javi clarified : “Although the electronic takes a long time, it is still necessary for many archivists to adapt and face it for what it is: a reality”. And here our dear María Jesús Serrano entered the conversation who assured that “It is not the future, it is the present”.

Next Carmen Guardia entered the conversation assuring that “it is necessary that all Public Administrations (AAPP) be forced to use the electronic file. I insist: there is no sanction, ergo there is no obligation”. Guardia also wanted to clarify the word: electronic file, since, in his opinion, “some (many) interoperate by means of mere digitization of paper files. And that is not valid!”, he explained. In this point,
María Jesús Serrano ‏ asked Guardia if he did not consider the digitized document to be an electronic document… To which the expert Iván Rodríguez responded, who assured that “in that case he would not speak of digitization but of simple scanning.” “Well, that, wrong concepts. That the format is digital does not mean that it is electronic, much less interoperable,” Serrano explained.

Carlota Bustelo ‏ wanted to contribute her grain of sand in the discussion by assuring that the legislation obliges the Public Administrations to create original electronic documents and files. Bustelo assured that “to do it on paper and when I interoperate but digitize it, is it a trap?” At this point he intervened again. Carmen Guardia who assured that “Sometimes, even pdf images that do not even allow text searches… Anything goes as long as ORVE swallows it. Garbage interoperability!”. Guardia wondered: “Is it so difficult to apply the NTI of authentic copying and conversion of documents? But the receiving Public Administrations continue to accept everything,” he explained. Ascen de la Horra ‏ spoke up on this issue, explaining that “registry managers are overwhelmed because many do not understand the why or how of what they have to do. There is a great lack of training.” To which María Jesús Serrano replied “neither they nor many hierarchical managers, which is worse. That way there is no momentum!”.

Jose García ‏ intervened to side with Carmen Guardia, assuring that “what Guardia says is our daily bread in small town halls where by electronic they mean scanning, period.” For its part,
Peter Cabrera He added that “the majority of those who say they generate electronic documents have their headquarters full of digital documents with manual signatures and stamps. Pure reality! And despite everything, they dare in several congresses to say that they are the best, the first , which have a single file when it is not”. Then Cabre
ra He wanted to qualify his words by explaining that the same thing did not happen in all places: “This does not happen in Tinajo. I am in charge of that and we have also given a good account of it by showing the system live. I am still waiting for someone else to dare to do the same,” he said.

Carmen Guardia responded to Pedro Cabrera indicating that “this will be the real sanction: when the judicial, state and regional public administrations reject any file that does not arrive in ENI format.” For its part, Peter Cabrera indicated that “what is happening today is quite the opposite: they are rejecting and asking for hand-numbered paper, yes, that’s what it is! Come on, if you send an ENI you have it clear… To say that In this country, interoperability exists, it’s a joke”.

Faced with this statement, he intervened again. Pilar Campos explaining, on the one hand, that “data interoperability already works in many services, although we have to continue working” and, on the other hand, that “citizens should not suffer the consequences of the lack of eadmin resources of some Public Administrations ” Carmen Guardia agreed with Campos but emphasized the lack of means. For his part, Cabrera , who also agreed with Campos about data interoperability, does not believe that the problem is a lack of means, but rather “the aptitude of politicians and some impossible technicians.”

Document management is a fundamental guarantee to ensure the proper functioning... 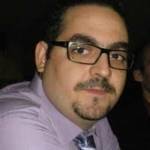 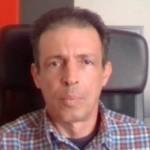