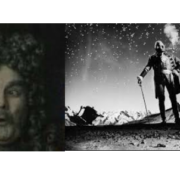 Do not miss a new collaboration of the document management experts Jano Archivos y Gestión.

Inside of varied fauna that inhabits all archives , both public and private, it is fair to start at the top of the social scale, knowing that the lowest and most despicable part is always the professional of the archives , behind even the cockroaches, on the opposite side we we found the Marquis.

For the layman of the Archives it may seem unserious that these collaborations are dedicated to this matter, but the Archives Systems produce an autochthonous fauna and different from the one normally found in most work centers, the causes that favor the proliferation of these specimens are unknown to scholars today.

The Marquis generally looks at, hinders and hinders , but it is worse when he acts with a humiliating attitude towards others, especially the archivist, on whom he pours out his frustrations and traumas through humiliations and overloading him with work while punctuating him with comments full of boasting and childish vanity of the order of “I’m going to make this one work” or “We’re going to have some fun watching the Director of the Archive run”.

With insufferable frequency it turns out that those tasks and activities that the professional of the archives assumes are in fact competences of the Marquis, but he dismisses himself with “That’s not what he’s here for” or often uses the phrase-slogan “That doesn’t correspond to me”, as a synonym for “Those were my functions and now I’ll see that they fall on the archivist’s back- insect”, since regardless of the professional category of the Marquis, which ranges from waiter to head of service, archivists appear to them as insignificant beings, closer to beetles than to those of a university graduate with a master’s degree, publications, etc. His concern is to keep them at a lower level than vassalage, while acting as a kind of plague that infects, spoils and paralyzes everything.

Archivists appear to them as insignificant beings, closer to beetles than to a university graduate

In the same way that the demons have hierarchies , among these marquises we also find them. We have broadly treated the distinctive elements of this species, and then we are going to focus on two subspecies , highlighting first the Marqués de las Pamplinas , where the entangling capacity reaches levels bordering on the sublime.

The Marquis of the Chicks

At first it may seem that he has the ability to delegate functions, in addition to supervising, displaying an education that is not exactly palatial or subtle, since He pesters with questions and hurtful comments, appearing at all times to be dissatisfied and distant with his subordinates, including those of his corresponding court of sycophants, which allows him to hide his monumental ignorance and incompetence.

This immature and polluting attitude, typical of childish and primary beings in reactions and needs, is also typical of idle people, who believe they are secure in their status, without risks to overcome and goals to achieve, but to secure their position and territory.

The Marquis of Gestas

On the other hand, we have the subspecies of the Marquis of Gestas, and who is actually an unbearable perfectionist . With all the attitudes typical of the marquises with respect to their unhappy subordinates, it is added to those emanating from their great professional demand . He perceives everything as a challenge to overcome satisfactorily, even the smallest, presenting with this attitude a no ability to enjoy successes (unlike the Marquis of Pamplinas who lives for life with one or a half) or to assume failures, then turning his anger and frustration towards his inferiors because, after all, he considers that they are the responsible and also they conspire against him .

Let us not believe that this excessive demand implies a search for excellence in the archives, but rather pure sterile perfectionism , and will cause serious quarrels with his subordinates for inconsequential and absolutely expendable infractions or deficiencies, and that they do not compensate either for his successful ability to anticipate problems and scenarios.

Can the Marquis be eradicated from public or private archives?

Can these titles of nobility be eradicated in public or private archives? It is curious how sometimes such deep- rooted problems have such simple solutions , and how Vanity makes it impossible to understand and adapt to changes and improvements.

On the part of administrators and managers, especially in the administrations, regulations, indicators, registry roles, document models, documentation evaluation tables, technical specifications for specific aspects of the management of archive documents are being implemented, and that are producing several beneficial effects .

1. These indications and documents are issued and approved by instances and organisms superior to the one that occupy these specimens , and therefore they are forced to abide by them.
2. These indications and documents must be implemented by professionals, excuse me, by good professionals, which is why a greater professionalization of the archives is taking place , excluding supposedly mediocre or even spontaneous professionals from the archives.
3. These effects attack the root of the existence of these individuals, their arbitrariness, so they are forced to inaction and live off the rents.

It sure is exciting to work on the archives!

The greatest advantage of document management is being able to locate documents... 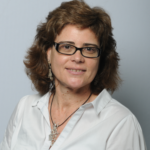 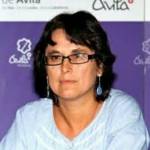